I went to the storage unit yesterday. I’d bought a hammock stand and wanted to find the hammock. It’s also past time for the girls to change over from winter to summer clothes. In our shuffling and looking I noticed two things, one I haven’t seen for nine years and the other I didn’t know I had.

Early this spring, my college friend contacted me wanting to get her hands on some tomato plants my parents sold at their nursery. It was a type of tomato they had propagated themselves, it was trendy in their town in Idaho. They sold thousands of tomato plants every year. I told her I didn’t know if they existed anymore. Mom didn’t sell the seeds, and I didn’t know if the Witch has any at the house.  I spent a moment being annoyed over losing yet another thing of mom and dads then let the feeling go and forgot about it. Until today, today, I looked through an old Tupperware container filled with bags of seeds. All the wildflower mixes we once sold at our garden center. A quarter pound of only Dames Rocket seed! I’m a serious flower child. I sorted out packets of sunflower seeds (I was going to grow sunflower playhouses for my kids when they were young, never happened.) California poppies, Hollyhocks, and Sweet Williams and then, right there, just lying in the bottom of the mostly empty box I found this.

I remember the day mom handed them to me like it was yesterday. I was waiting impatiently at the kitchen counter as she scraped a few seeds off the parchment paper where she was drying them. As she dumped them into the tiny bag and carefully labeled it with a permanent marker, she admonished me. “I don’t give these to just anyone!” She smiled at me.

“I know mom.” I bounced my tired eight-month-old on my hip. I was thinking about the long drive and even longer flight in front of me with my two kids.

“Start them in a south-facing window in March, maybe February. You could probably get away with that in Pittsburgh.”

I never got around to it in Pittsburgh.

To be honest, it’s the handwriting.

It gets me every time.

I bought myself some Chanel No 5 because my birth mom preferred it. Every time I spray it on, I smell the subtle (cheap?) notes that they must have used to make the perfume Charlie. I’m pretty sure Charlie was some kind of an attempted knock off of Chanel No 5. Charlie was mom’s favorite perfume growing up before she became unable to tolerate scents. It’s like wearing both their favorites.

Facebook memories, ugh. I don’t use FB a lot, but when I do, it remembers. Her messages were like bits of conversations.

You didn’t stay long enough! I wish you lived closer! I love you!

How did you manage to forget the box of jams I set out? Dad and I will bring them to Christmas.

This reminds me of you.

You have memories with Arlene.

Strawberry Milkshakes. The only food that makes chemotherapy tolerable.

Uncontrollable swearing, Shit for spiders, shit shit shit for fast spiders, Hell for snakes (the rubber ones she hid in her own strawberry patch to scare away birds), Dammit to Hell, ED! when he pretended he couldn’t hear her.

Coming soon on the blog!

The trip to Arkansas

Today I partook in an unanticipated bit of spring-cleaning. It started out as a straightforward cleaning of the kitchen and dining room. The kitchen was a snap, and I moved quickly to straightening and sorting the accumulated piles of papers on my dining table, which led me to the family computer desk and the massive pile of papers to be dealt with later. Later turned out to be today, and this led to cleaning out the single file drawer I have because there were a few papers I needed to file and not sufficient room to do so. In the end, I filled two kitchen garbage bags stuffed to the brim with shredded paper.

This little piece survived the massacre.

I pulled it from somewhere in or possibly behind the file drawer; it’s at least five years old. I was sorting quickly but my own handwriting caught my attention and the words at the top, I saw you, stopped the movement toward the shredder. I shifted it aside, into the file again pile before giving myself too much time to think about it. Finishing the job, I barked at my son when he asked a harmless question and ran away to my bathroom to hide and take it down a notch.
I’ve come back to my computer this evening and pulled it out of the slim file sitting by my open laptop. Surrounded by chocolate eggs, writing notebooks, scraps of papers I’ve scribbled on at work, my Ipod and other detritus of writing, it appears harmless. However, this hastily scribbled page requires a little bit of back-story.
I was adopted when I was two days old. I have seven siblings, also adopted. Of the eight of us, six were adopted at four months of age or younger, the other two were four years old and eight years old. We were purchased in two sets, the first four adopted in the early seventies, the second four in the early eighties.

Any discussion about adoption between siblings is a mixed bag of emotion best served with much laughter, tears, strong drinks and some crunchy comfort carbs. My mother’s death sixteen months ago has managed to both intensify and simultaneously free the discussion. You see, most of the stories revolve around her, as do the scribbles on this paper. 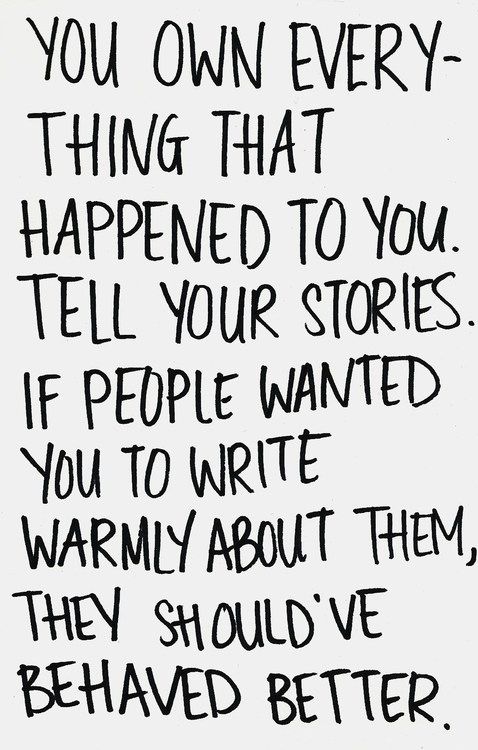 My sisters and I have spoken more than once about writing the truth about adoption, as we lived it. Partially in response to a novel, my father wrote, of the life he enjoyed which none of us recognized and partly in hope that somewhere there are adoptive parents that might read it and recognize the need to ask for professional help. What follows is a stream of consciousness, written after one such discussion. It’s harsh, hard for even me to read, almost feels like speaking evil of the dead. However, you see, sometimes it’s important that shameful things are spoken.

I saw you, banging a child’s head against a wall in rage and I learned that children aren’t safe in their own homes.
I heard you scream obscenities at your husband and slam doors in his face and learned anger is more powerful than sanity.
I watched you break a hairbrush over my brother’s head, a wooden spoon across his back and a yardstick across his bottom and learned that childish frivolity was bad.
We stood by as you smashed a stack of plates on the kitchen floor and then demanded we clean up the mess you blamed on us and I learned the truth didn’t matter if you were big.
You left my defenseless younger siblings at home with a known child molester and I learned that religion meant more than common sense.

My mother did her best in later years to make amends, in some cases, for things she could not even remember. In the months since her death, I have thought more and more of telling our story, the children’s story. It is a real story, with laughter and pain, joy and sorrow, suffering and release. It is not a re-telling of the highest peaks in a life but rather a diary of the slog through the ruts, across the rivers, up the hills and down again, with some pleasant stops along the way. Crossing paths with these scribbled thoughts, I am once again caught in the boiling river of memory, the fast moving water, some bits over my head, other shallow places and rocks to break against.